First instalment of articles for my good friend Dao’s blog site Mirollo, which is based on sharing new music from emerging bands in Spain. I will share with you emerging bands/artists from England, Scotland, Wales, Northern Ireland and the Republic of Ireland.

Pale Blue Eyes are a three-piece indie pop/rock band from Totnes in Devon, England, who are about to share with us their debut album Souvenirs, which will be out on the 2nd September, via the Full Time Hobby label. To date, they have released three singles via their Bandcamp site. They are comprised of bassist Aubrey Simpson, drummer Lucy Board and singer/guitarist Matt Board. 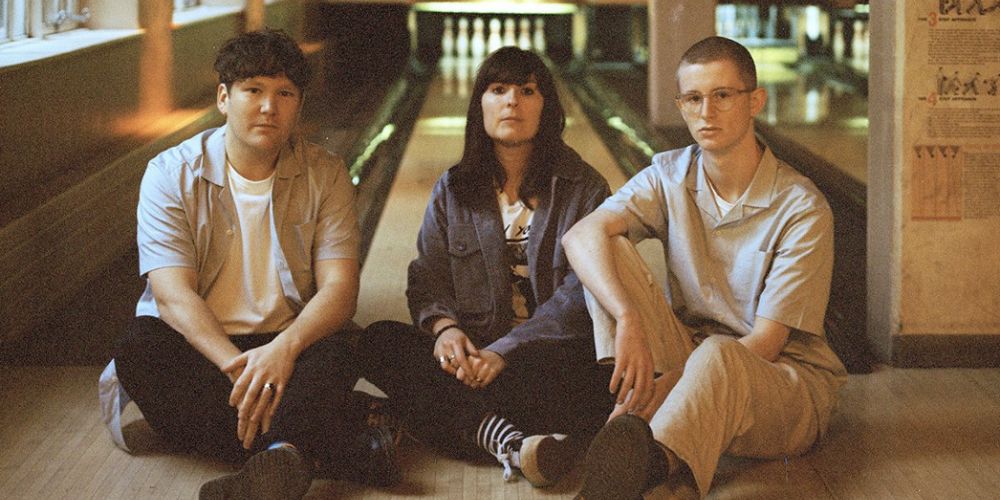 We travel east now to the Capital, London, to meet The Wild Things, a British alternative rock band fronted by lead singer/guitarist Sydney Rae White, star of the hit Netflix/BBC show Uncle, together with Rob Kendrick, on guitar/vocals, who can currently be seen in Bridgerton S1 for Netflix. The other two members of the band are Cameron White (brother of Sydney) on the bass/vocals and Pete Wheeler on the drums. The band are based in west London and released their debut album You’re Really Something on the 23rd November 2018. They have just completed work on their second album, Afterglow, with Pete Townshend of The Who will be released sometime in 2022, but as yet no release date is set.

So we stay in London to meet five-piece indie rock band Gently Tender, who are comprised of three former members of the wonderful Palma Violets, alongside a former member of all girl band The Big Moon. They are currently putting the finishing touches to a debut album, Take Hold of Your Promise! which is due out on the 26th August 26, which is great news!! The band are Sam Fryer on vocals/guitar, Will Doyle on the drums, Peter Mayhew on Keyboards, Celia Archer on the bass and Adam Brown on the guitar.

Staying in London, we visit indie rock band Chappaqua Wrestling, who were formed in Manchester in late 2017 by songwriters Charlie Woods and Jake Mac. Since moving back south, they have been joined by John-Paul Townsend & Coco Varda. They are now based in south London and their debut album is due for release early 2023, I am looking forward to getting a copy!! They released an EP titled EP1 back in 2017, since then have shared six singles with us.

We now move north from London to the North Hertfordshire market town of Hitchin, where we find the up and coming indie rock four-some Second Thoughts. To date they have just released the EP Stay Hydrated and nine singles, between 2019 and 2022. Hopefully there will be a debut album sometime this year or in early 2023. Band members are Ben Campbell (vocals, guitar), Jude McCreath (vocals, guitar), David Addison (drums) and Clara (bass).

Off to the north now, to the city of Nottingham to visit the four-piece indie rock band Divorce. The band boast members of respected post-punk outfits Do Nothing and Megatrain, but Divorce contains a distinct sound of its own. They are comprised of Tiger Cohen-Towell on lyrics, vocals & bass, Felix Mackenzie-Barrow on vocals & guitar, Adam Peter Smith also on guitar and Kasper Sandstrøm on the drums. Their debut single, Services, was released on the 1st February 2022 and followed by second Pretty on the 31st May.

Ok we re-locate from Nottingham to the north west of England and the industrial town of Blackburn, Lancashire to meet another alternative rock band, Novustory. They consist of Ben Cross on the guitar, James Duckworh on the drums, Richard Blenkinsop on the bass and singer Imogen Storey. To date they have released nine singles between 2019 and 2022. During the Covid lockdown, they built their own studio in Blackburn and have had some of their songs played on national radio in the UK. When they started recording music, it was in a garden shed!!

From Lancashire we move east across the Pennines into Yorkshire (God’s Own Country), I am a born and breed Yorkshireman!! We are going to the beautiful and ancient city of York to meet Skylights, who have just released their debut album What You Are, go get yourself a copy!! The album reached number 34 in the UK album charts on the week of its release, not bad for an indie band on an indie label. Skylights are an indie rock/pop band made up of Rob Scarisbrick on vocals, Turnbull Smith on the guitar, Jonny Scarisbrick on the bass and Myles Soley on the drums.

Onwards and westwards to another city in Yorkshire, Leeds home of the greatest football team, Leeds United, many highs and lows over the years with my, but suppoerted them since I was five years old. Here we meet Leeds indie rock band L’objectif, who have just released their second EP on the 3rd June 2022, titled We Aren’t Getting Out But Tonight We Might, their first EP Have It Your Way came out July 2021. L’objectif were formed by Saul Kane (vocals/guitar) and Louis Bullock (drums), then aged just 12 years old, the band eventually grew to four-piece with the addition of Ezra Glennon (bass) and Dan Richardson (guitar).

So now we return westwards back over the Pennines into Lancashire to the famous musical city of Manchester, where we meet Crush, who are shoegaze/alternative indie rock band, that have released four singles between 2020 qnd 2022. They are comprised of Amber on lead vocals and guitar, Arthur on lead guitar, Will on the bass and Fotis on the drums.

We continue travelling west to another famous musical city, Liverpool. Here we meet the alternative rock band Crawlers, who are Holly Minto on vocals, Amy Woodall on the guitar, Liv Kettle on the bass, and Harry Breen on the drums. Between 2019 and 2022 they have released a four track EP and nine singles.

Time to leave England by ferry from Liverpool to Dublin, capital of the Republic of Ireland, we then travel to beautiful city of Galway on southern Irelands west coast. Where we meet shoegaze/post rock quartet NewDad, who are made up of Julie Dawson on vocals & rhythm guitar, Sean O’Dowd Monaghan on lead guitar, Aindle O’Beirn on the bass and Fiachra Parslow on the drums. The band’s latest release is the five track EP Banshees which came out February 2022, in 2021 they shared with us the six track Waves EP.

Staying in the Republic of Ireland, we move north east and visit the town Dundalk in county Louth. Just Mustard are five-piece indie rock band, consisting of Katie Ball on vocals, David Noonan on guitar & vocals, Mete Kalyon on guitar, Rob Clarke on the bass and Shane Maguire on the drums. On May 27th 2022 they shared their second album, Heart Under. Their debut album, Wednesday was released on the 2nd May, 2018.

We board a ferry for Scotland to meet the Snuts. We travel across the scotland from west to east to just south of Edinburgh. They are an indie rock band formed in 2015, originating from Whitburn in West Lothian. The band consists of Jack Cochrane (vocals and guitar), Joe McGillveray (guitar), Callum ’29’ Wilson (bass) and Jordan ‘Joko’ Mackay (drums) and was formed when the members were in school. Their debut album W.L. was released on the 2nd April 2021, reaching number one in the UK album charts, the first Scottish band to achieve this for fifteen years. Their follow up album Burn The Empire is set to be released on the 7th October 2022.

From West Lothian we travel north to the Scottish capital Edinburgh to visit last band on this journey. The Eves are an indie pop duo consisting of Caroline Gilmour and Marissa Keltie. Their latest single Big Love was released on the 1st April 2022. With all the radio plays they are receiving, an album must be planned for early next year.

I hope you have enjoyed this tour of the UK and Ireland to meet some new and upcoming bands. I have compiled a 30 track Spotify playlist featuring two tracks from each band/artist introduced you to. Take your time and have a listen via this link. If you like any of the bands support them by buying their music, merchandise and attending their gigs!! Visit the links underneath the photo’s to find out more information to these fine fifteen Brexit Bands. I hope to return with 15 more bands in two or three months time. 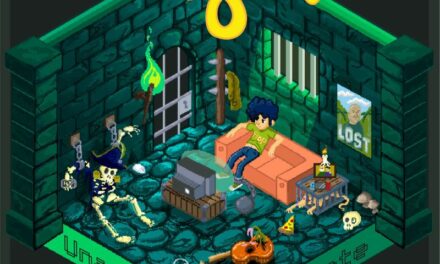 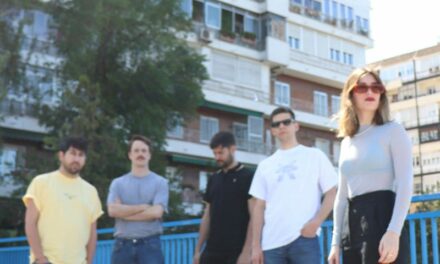 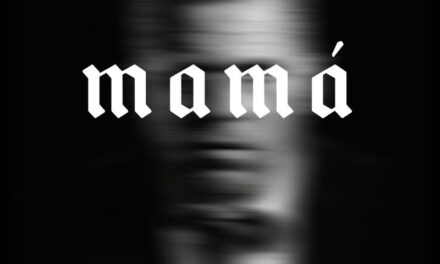 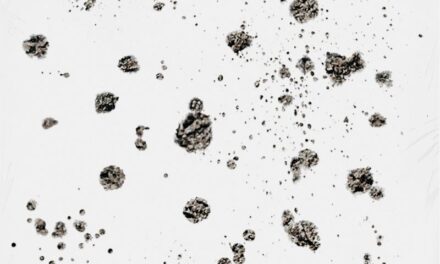